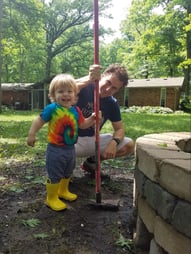 Wessler is proud to announce Paul Robison, E.I., as the subject of this month's Employee Spotlight! Paul joined Wessler in 2016, and currently serves as an engineer in our Fort Wayne office. He has accrued experience in a wide range of both civil design and construction management responsibilities ranging from feasibility studies to site management.

We asked Paul some questions so that we all can get to know him a little better, including his secret guitar and chess skills, and his passion for adventure! Congratulations, Paul!

What are your roles and responsibilities at Wessler?

I provide technical assistance on projects and help project managers with questions, such as: what products will best serve the client’s need? What arrangements and layouts of system components will be most efficient? and What is the best way to communicate the design intent to the contractors?

What does the Wessler Way mean to you?

When we tell the client we are going to do something, we come together and get it done.  Sometimes an unforeseen issue comes up that requires a lot of extra work, or late design changes, but we band together as a team and make sure the right product gets to the client regardless of any extra effort it takes. 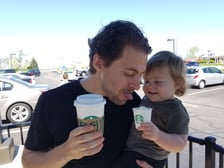 I have a son who is almost two years old. I bought a bike trailer for him this spring and we like to bike to Starbucks and then go to all the local playgrounds on the way back. Showing him new things and watching him learn and laugh is what makes my world go ‘round - whether that’s feeding the giraffes at the zoo or just showing him how a torque wrench works! Also, I 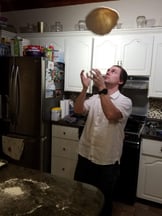 LOVE to cook and try new or weird foods.  I am skilled in making from-scratch artisan sourdoughs, and I have a ceramic grill for smoking meats.


Tell us about a secret skill you have that most people probably don’t know about!

I’m pretty good on the guitar… and chess! I play a Motif style and have an affinity for the fianchetto (a chess term for the development of a bishop by moving it one square to a long diagonal on the board). I like it because it forces experienced players out of their comfort zone.


What are some things you haven’t done yet that you would still like to do?

I want to walk on Antarctica. I also want to see all the Messier Objects (a set of 110 astronomical objects cataloged by the French astronomer Charles Messier in his "Catalogue of Nebulae and Star Clusters"). I’ve been slowly rediscovering astronomy as it was a childhood love of mine. I am hoping my son will enjoy it too. I am trying to view and catalogue everything discovered up until 1899! 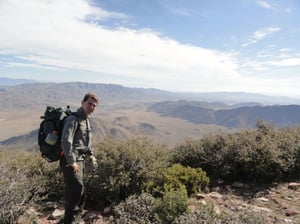 What are a couple of the most memorable things you have done?

In 2011, I walked from Mexico to Canada.  It was the best year of my life. This was before the movie "Wild," which stars Reese Witherspoon as Cherly Strayed who actually walked the same route we did, so it felt very adventurous and unknown.  You think about all the nature you’ll see; the desserts, the High Sierras… the ice-climbs, crossing the Mojave… But some of the best memories are from the least expected places. Crossing the Cajon Pass it was so windy and cold that four of us took shelter in a storm drain under I-15.  We lit a small fire and gathered for warmth, taking turns putting our hands in the weak flames. It felt so far removed from society, even though there were cars driving above us that would be in Los Angeles in an hour.  By the time I got to Ashland, Oregon, underpasses were treasured sleeping spots and confused locals tried to give me food, thinking I was homeless, but I’ve never felt more at home. Also, from 2004 to 2008 I lived in British Columbia and was a farmer in a boat-access community. I was a bit of a hippy…long hair and all! I had an outhouse and spent most of my time chopping firewood.


What are some things you are looking forward to doing the rest of this year?

I signed up for the Fort for Fitness half marathon and am hoping to finish it in under 100 minutes. I’m new to running this year and I’ve never raced a half before, but I did 106 minutes in practice last week. So it’ll be close!  The race is September 28th in Fort Wayne, Indiana.