Andrew “Drew” Thompson, P.E., serves as a senior project engineer at Wessler Engineering. Below is his perspective on why he decided to become an engineer and still loves being one to this day. 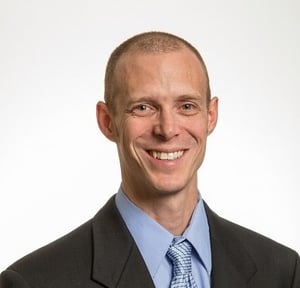 Purdue University has a new podcast titled "This is Purdue." In a recent episode (https://www.purdue.edu/newsroom/podcast/2020/soaring-high.html), they interviewed Dr. Beth Holloway, the assistant dean for diversity and engagement for the College of Engineering and the Leah H. Jamieson director of women in engineering. In the podcast, Dr. Holloway conveyed a story about being a first-generation college student and that her dad, an electrician, used to complain about engineers and say things like, "those engineers don't know what they are doing; they don't understand how people use things, etc.". One day, she asked him, "what is an engineer?" and this was his response (as conveyed by her):

"I have no idea what they do. But I do know this. If you want to be part of what gets made, how it gets made, who it gets made for, you have to be an engineer. They don't listen to guys like me, but if you want to have a voice in the future, that's engineering."

She went on to say that when the University does outreach with young kids(kindergarten through 10th grade), they take current college students with them. They always tell the college students that they cannot  answer the question, "why are you in engineering?" with anything that sounds like, "I was good in math and science" or "if you're good in math and science, then you should be an engineer." They are instructed to answer the kids’ questions with "why" they are excited to be an engineer or "what you can do" as an engineer. That is how they feel you engage young kids to become interested in engineering; usually not by the prospect of a life of doing math problems and science experiments (though that is exciting for some).

The episode really hit home for me because I knew from a fairly young age that I wanted to be an engineer. Like Dr. Holloway, I was a first-generation college student and my father also worked with engineers as a computer-aided design (CAD) technician, often saying similar things as Dr. Holloway’s father. I was good at math and science, but, as a kid, I was good at other subjects as well. I just had an inherent knowledge that I wanted to help create the world around me. At that time, it was roads or bridges. After I graduated from high school and started college, it became clear to me that roads and bridges were not my desired path. Fortunately, I discovered I had an interest in water and wastewater treatment, even though my college grades were telling me it might not be the most appropriate track. However, it became clearer that the water and wastewater path was where I wanted to spend my career; that was where I knew I would find enjoyment. It was my "why I was excited" to be an engineer. It was my way of being part of "what gets made, how it gets made, and who it gets made for." It was my way of being able to affect the world around me, even if most people are not consciously aware of water/wastewater resources or the importance of it in their daily life.

I know I am not the smartest nor the best engineer. However, I am constantly striving to be better, and often still feel overwhelmed with how much I do not know at this stage in my career. Yet, I have never questioned whether being an engineer was the right decision for me and it has nothing to do with math and science. It’s amazing that a profession I knew I wanted to do as a kid still provides me with so much enjoyment and mental stimulation. Though, I do hope that I have learned to be better at listening to CAD technicians and electricians than my father and Dr. Holloway’s father experienced, so that they, too, are a part of the “voices of the future."

*this blog also will be featured in Indiana Water Environment Association's program, "The Digester," later this summer.